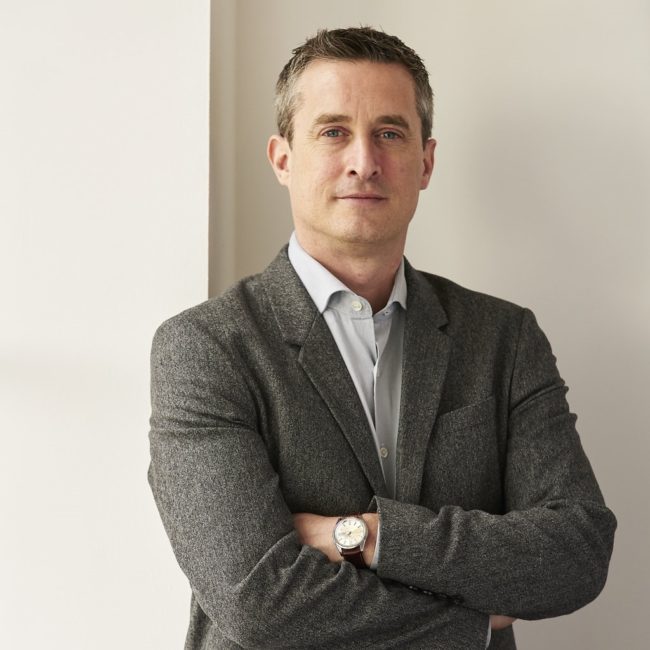 Before moving to the BBC Ben spent ten years at Objective Productions, firstly as Head of Comedy Development and becoming Head of Comedy in 2012. His credits there included Strutter, Reggie Perrin, Pete Versus Life, Parents, Big Bad World, Toast of London, Witless and GameFace.

Previously he spent 10 years as a freelance producer, working at various companies including Ginger, Talkback, Avalon and Thames. 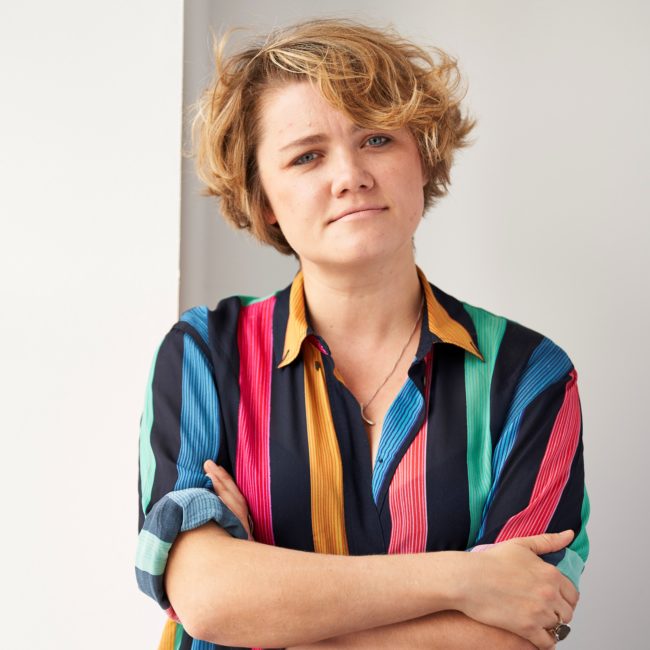 Hannah is based in Los Angeles and oversees Objective Fiction’s US development. Previously she was Objective’s Head of Scripted in London.

Hannah has worked on some of the UK’s most critically acclaimed shows: from multi-award winning Fresh Meat, to cult favourite Dirk Gently, to Golden Rose winning Toast of London. In 2015, she produced the final, BAFTA-nominated series of Peep Show, before creating and exec-producing an original sitcom for the ABC Network in the States. Most recently, she produced Year of the Rabbit for Channel 4 and IFC, starring Keeley Hawes and Matt Berry.

Prior to her television work she spent several years working as a croupier in a West End casino and is the author of The Poker Encyclopedia. 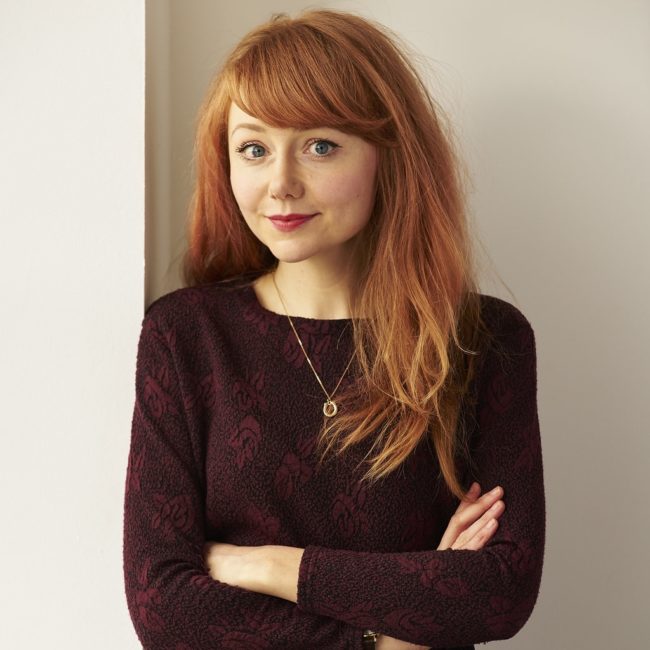 Charlotte recently produced series 2 of Mae Martin’s multi-award winning Netflix smash Feel Good. Prior to this, she developed and produced Roisin Conaty's critically acclaimed C4 series GameFace. Her other credits for Objective Fiction include producing all three series of BBC3’s Rose D’Or nominated comedy-thriller Witless, starring Kerry Howard. She is also an executive producer on The Larkins for ITV1.

Charlotte began her career in comedy-entertainment, working in both production and development for Objective and various other companies including Hat Trick, Talkback and Roughcut. Her credits during this time include Room 101 (BBC One); Keith Lemon’s LemonAid (ITV1); Comic Relief (BBC1); Ant and Dec’s Push the Button (ITV1); and John Bishop’s Britain (BBC One). 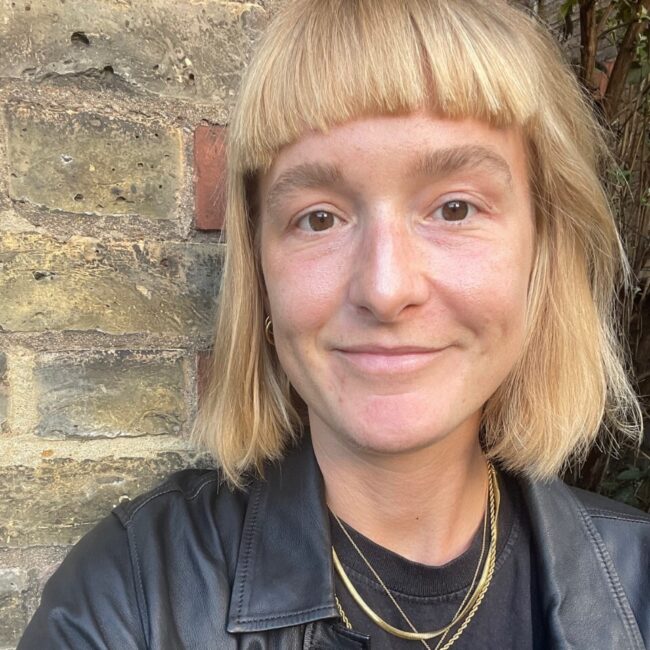 Rhian began her career script reading for a number of drama indies, going on to work in development at Tiger Aspect where she script-edited a wide range of shows including DECLINE AND FALL and RIPPER STREET. As Head of Development at Tiger, Rhian drove forward new and existing projects on the slate while working to develop relationships with emerging talent in the drama and comedy worlds. She left Tiger to story produce Desiree Akhavan’s THE BISEXUAL at Sister Pictures for Hulu and Channel 4, then went on to work in script development for New Pictures and Fremantle before joining the Objective Team at the start of 2020. 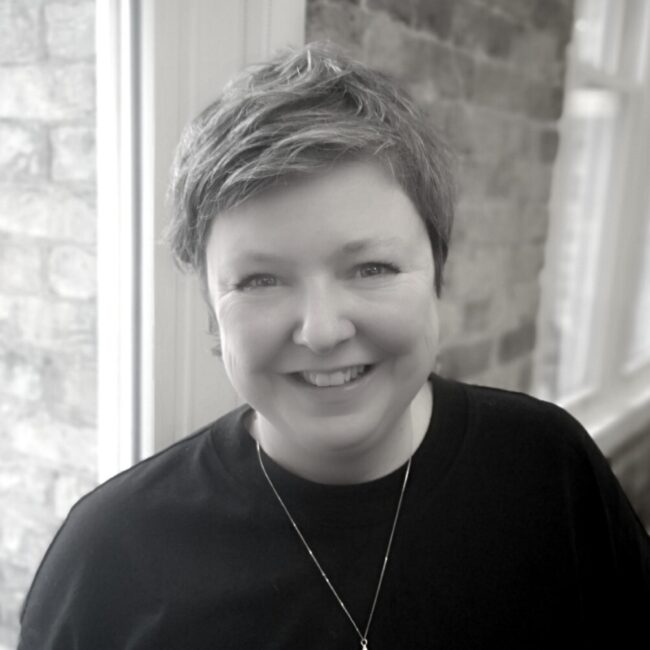 Jane joined Objective Fiction as Production Executive in November 2021, after spending the year with the company Line Producing the first series of The Larkins and The Larkins at Christmas.

Through the 90’s and 00’s, before working in scripted comedy, Jane had a career producing music videos. She travelled the world having a rock and roll life and making videos for bands such as Kasabian, Razorlight, Blur, Black Rebel Motorcycle Club, The Bluetones, Stereophonics, Orbital plus many more who neither she nor anyone else can remember. 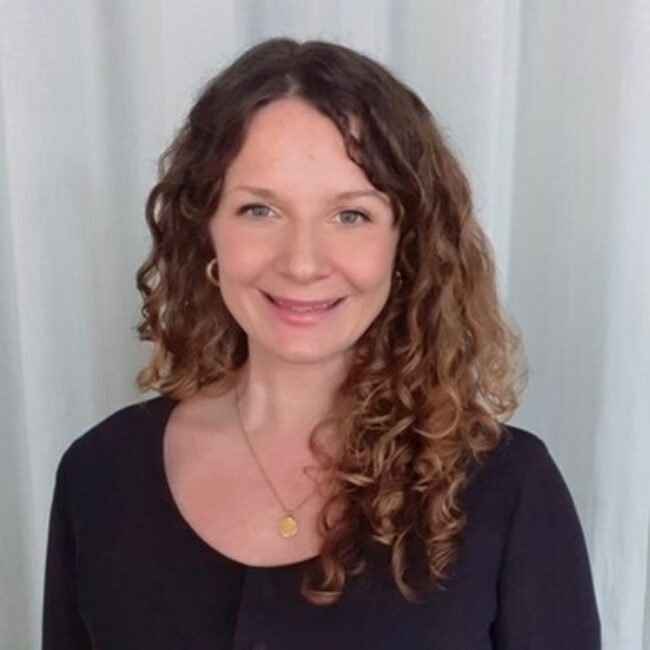 Kelly started her career in scripted comedy at the BBC before moving onto roles at companies including Avalon, Eleven Film, Pett Productions, Fremantle UK and Southern Star Australia.

Development is where her passion lies and what she’s built the last ten years of her career around, working alongside creatives to develop their ideas into award winning content. Her credits include co-devising and producing Dr Brown’s C4 sketch show, and developing and producing BAFTA nominated Chewing Gum for E4 alongside Michaela Coel.

Joining Objective Fiction in November 2015 as Development Producer, she was named Head of Development in June 2017. In her time at Objective Kelly has developed, produced and latterly executive produced Mae Martin and Joe Hampson’s multi-award-winning show Feel Good. She has also produced the Ryan Shelton fronted Blaps How to Life for Channel 4; Emma Sidi’s Last Resort for Sky, and most recently BBC Three shorts Small Doses, created by comedian Helen Bauer.

During Kelly’s early years in comedy she was a writer and performer on the London circuit, and ran industry renowned live comedy nights alongside some of the most exciting up and coming talent in the UK. 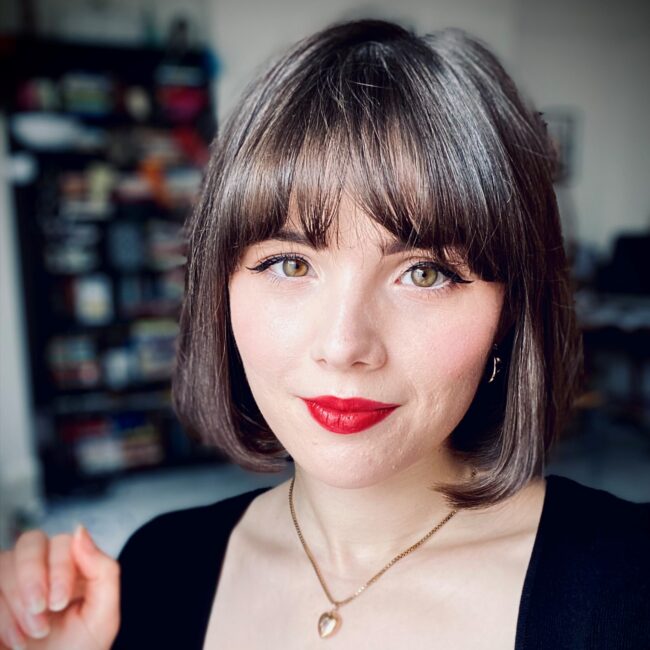 Prior to joining Objective Fiction in the summer of 2021, Georgia worked as a Development Producer in comedy-entertainment, winning development funding and commissions for a variety of Indies, including a female-led comedy panel show pilot for Sky which she created, and a series of comedy shorts for Channel 4. In 2018, she was a Broadcast Magazine Hotshot.

Georgia regularly produces sessions at the Edinburgh International Television Festival, including for Whoopi Goldberg, Paul Feig and Emilia Clarke as well as UK commissioners. She has read scripts for the Netflix Screenwriters’ Fellowship, and been shortlisted for two writing awards. 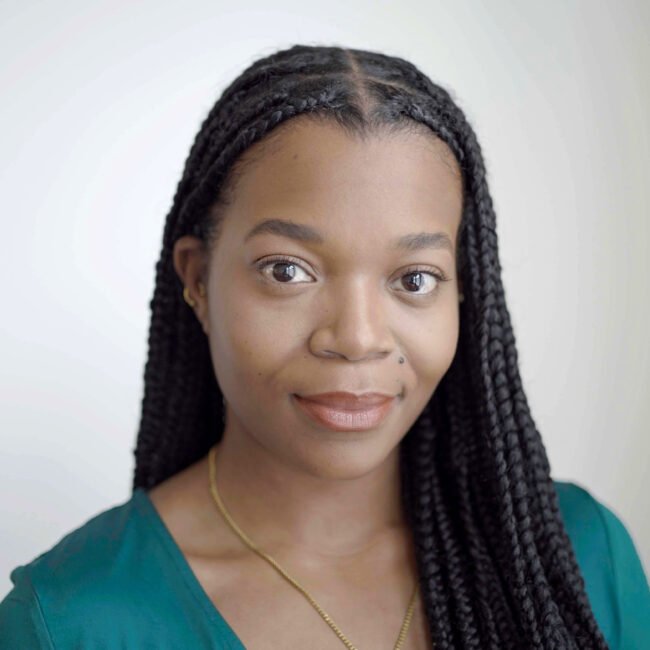 Prior to starting her television career at Objective Fiction in December 2021, Lauren worked as a freelance video editor collaborating with clients including Theatre Royal Stratford East and Talker Tailor Trouble Maker.

Lauren graduated in 2014 with a performing arts degree and has had years of acting experience. She has also worked extensively on the other side of the camera; producing music videos as well as writing and producing comedy shorts and short films, two of which went on to win Screen Nation Awards.

As the Label assistant, Lauren supports the entire Fiction team with daily tasks that arise in the world of television production. 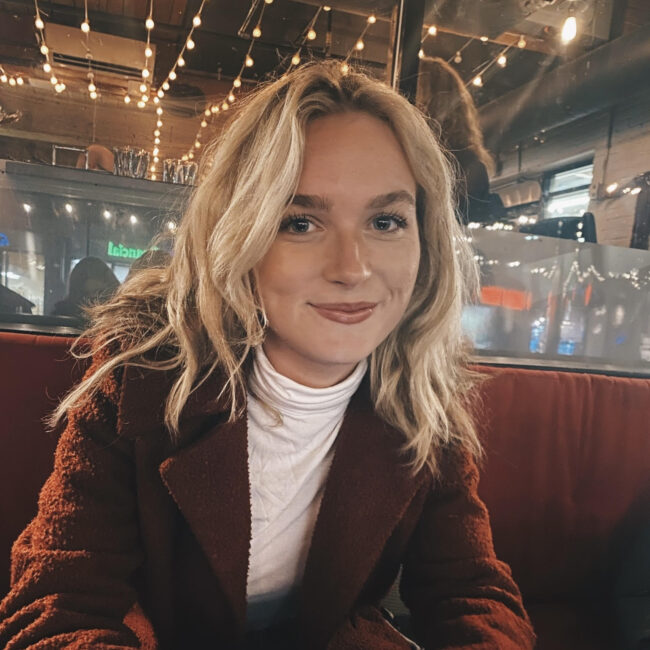 SL McGill is based in Los Angeles and assists with Objective Fiction’s US development.

She joined Objective Fiction in January 2022 after graduating from The University of Texas at Austin with a degree in Radio-Television-Film. In her time as an undergrad, she was a podcast producer for People’s History in Texas, helping to create the series Mining the Archives, which seeks to explore untold stories in TX history. She was also a production coordinator for That Time of the Month, a local late night comedy show.